perry-nobleWhat would you think of a pastor who preached to his church in front of billboards advertising the newest Cadillac or Monster Energy drinks? Would you find it acceptable for a pastor to paste advertising all over the stage, filling the space with branded messages in the finest traditions of NASCAR? 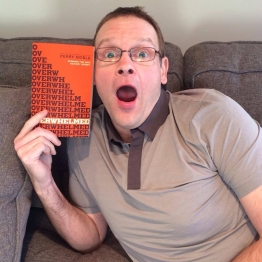 Would it make it any better if the pastor was pocketing money from these ads?

The thought is disgusting, but it is happening all the time, and it’s time we started pointing it out and objecting to the commercial corruption of the pulpit. While a lot of deserved attention is being paid these days to the deceptive marketing behind many celebrity pastors’ books, another aspect of the whole endeavor reveals the primacy of commercial interests. Not only are pastors not telling the truth about how they’re earning money, they’re not proclaiming the truth until and unless they’re earning money.

It takes a long time to write a book, and even longer to get the manuscript into readers’ hands. From the genesis of an idea, it can easily take a year for a book to go on sale. For example, Perry Noble wrote his final chapter for his Unleash book in early December 2009, but the book didn’t go on sale until late September 2010. Judging by the book blurbs and breathless celebrity endorsements, these books contain Big Important Ideas that every Christian needs to read Right Now!

Fair enough, but why do these writers keep their Big Important Ideas hidden from their own congregations until they have the privilege of paying $19.99 at the church gift shop for their pastors’ wisdom? Why not offer the results of their church-funded research to God’s people as soon as they were confident enough to put it to paper? The scheduling of branded sermon series with book releases is so common that it’s almost unremarkable, and while they preach, they routinely plaster their stages and church websites with what are essentially ads for products being sold by secular publishing companies.