SAINTS, WE HAVE TO STOP BEING SILENT!! WHERE ARE THE CHRISTIANS CRYING OUT IN THE STREETS? WHERE ARE THE SAINTS THAT ARE PRAYING AND FASTING AGAINST THESE SATANIC STRONGHOLDS? WHERE ARE THE SAINTS THAT ARE READY TO CONFRONT THESE DEMONS HEAD ON? HERE WE HAVE CHICAGO “CHIRAQ” MURDER RATE IS @ A ALLTIME HIGH AND THIS RAPPER BOASTING ABOUT HIS NEXT CD GONNA RAISE THE MURDER RATE, THIS IS IT YALL… WE NEED TO WAKE UP AND FIGHT THE POWERS OF DARKNESS IN THE NAME OF JESUS CHRIST AND SET THE CAPTIVES FREE! EITHER GET IN THIS SPIRITUAL WAR AND FIGHT, OR STOP CALLING YOURSELF A CHRISTIAN!!! READ THIS ARTICLE 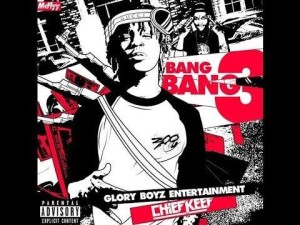 Chief Keef’s been keeping busy, making waves on the Internet as usual. While on a court appointed rehab, the young Chicago rapper Keef has gotten into a heated war of words with not only rival Soulja Boy, but Atlanta’s hot new trio, Migos. And now he’s promising his forthcoming “Bang 3” mixtape will “raise the murder rate up.” He took to Instagram, writing “Bang 2 And Almighty So On ITunes Right Now But Bang 3 No Lie Y’all Really Don’t know How crazy Im goin #ImFinnaRaiseTheMurderRateUp” and “If I’m Lien I Can Get Killed right Now this Shit Is So fuckin hardcore #ThatOldSosa #bang3 Niggas Better Be Scared,” the captions on his IG posts read.

Violence in Chicago and the rest of the nation’s inner cities has existed long before Chief Keef and may continue long after he’s gone. Many residents have renamed the Windy City “Chiraq” for its high rate of violence. Chicago, according to statistics, has a higher homicide rate than Kabul, Afghanistan. There were 506 murder victims in the Windy City last year. There are currently 373 murders recorded in the city thus far in 2013, according to DNAinfo.com 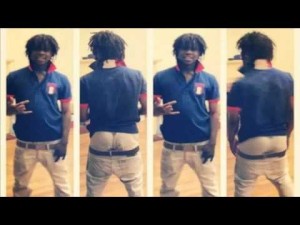