Why We Don’t Believe in Yoga

Increasingly the health and wellness industry is being hijacked by a strange mystical spirit. We’re talking about Yoga. Many wrongly believe that Yoga is just fitness or stretching exercises, it is not. Yoga is part of a religion called Hinduism. In Hinduism each Yoga pose is a form of worshipful meditation to one or many of its Hindu gods. 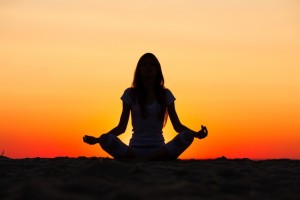 Where Does Yoga Come From?

YogaWomanSilhouette-850x567Yoga teachings infiltrated the Western world from India through the New Age philosophy. Don’t for a minute think that Yoga is harmless. As stated above, Yoga is an inherent part of Hindu religion which teaches man and nature are one with divinity. Yoga is about releasing the serpent which they believe is at the base of your spine. These Yoga positions uncoil and awaken the serpent spirit, also known as the Kundalini, and cause it to rise within you and enlighten you. As the serpent in you ascends you gain Chakras. This is very much demonic. Although Kundalini Yoga is popular, as Christians we believe that Yoga is a forbidden practice. The Bible clearly says, “Thou shalt have no other gods before me”(Exodus 20:3). The Kundalini spirit unleashed by the Yoga deception is a spiritual counterfeit of the Holy Spirit. When you perform Yoga exercises, even when you do so innocently, strange things will start happening to you like: Weird dreams and visions, outer body experiences, clairvoyance, levitation, magic, and other demonics.

Yoga, which releases the Kundalini serpent demon is nothing more than New Age eastern mysticism. According to Wikipedia these are the physical effects of the Kundalini spirit on people practicing difference forms of Yoga.

“Physical effects are believed to be a sign of Kundalini awakening by some, but described as unwanted side effects pointing to a problem rather than progress by others. Some of the more common signs and symptoms of an awakened Kundalini include:”
Involuntary jerks, tremors, shaking, itching, tingling, and crawling sensations, especially in the arms and legs.
Energy rushes or feelings of electricity circulating the body.
Intense heat (sweating) or cold, especially as energy is experienced passing through the chakras.
Spontaneous pranayama (rapid breathing or hyperventilation), asanas (positions), mudras (hand movements) and bandhas (stiffening of the muscles).
Visions or sounds at times associated with a particular chakra (mystic visions and prophecy).
Diminished sexual desire or a state of constant orgasm.
Emotional purging in which particular emotions become dominant (uncontrollable) for short periods of time.
Depression
Pressure inside the skull and headache
Bliss, feelings of infinite love and universal connectedness, transcendent awareness.

This is not normal…weird is always weird