A member of the Iraqi military who escaped an Islamic State prison explained in a new interview how the terror group treated Christians.

Speaking to the Independent Journal, Master Sergeant Karam Saad said he was captured in June 2014 and, as a prisoner, witnessed the brutality of the group toward believers in Christ.

“They tortured the sh** out of the Christians and some died in the process,” Saad told the website.

“They would take some and lock them in a kind of casket, and set it on fire from the inside,” he said. 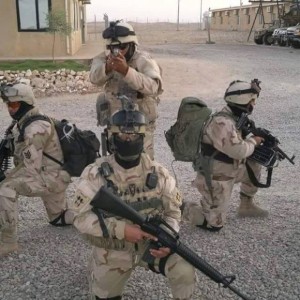 “The airstrikes are not effective and there are really no functional operations. The coalition is bullsh**!” he told the Independent Journal. “They might get a couple good shots here or there, but for the most part it’s not an effective strategy.”

Saad added, “Under the Obama administration, America is not taking this fight seriously.”