imagesSixteen children as young as 13, and some of whom had been reported missing by their families, were rescued from the sex trade in a law enforcement sting operation that targeted alleged pimps who brought the victims to New Jersey for Super Bowl weekend, FBI officials said. 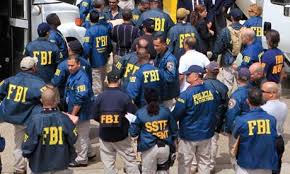 More than 45 pimps and their associates were arrested in the operation conducted by law enforcement, the FBI announced Tuesday. Some admitted traveling to New Jersey from other states for the purpose of forcing women and children to have sex with Super Bowl tourists for money, according to federal investigators.

“High-profile special events, which draw large crowds, have become lucrative opportunities for child prostitution criminal enterprises,” Ron Hosko, assistant director of the FBI’s Criminal Investigative Division, said in a statement. “The FBI and our partners remain committed to stopping this cycle of victimization and putting those who try to profit from this type of criminal activity behind bars.”

The victims rescued during the sting operation range in age from 13 to 17 years old, the FBI said. Some of the minors include children previously reported missing by their families; others are foreign nationals.

The FBI worked with federal, state and local law enforcement agencies over a six-month period leading up the Super Bowl. The operation is part of the Innocence Lost National Initiative, established in 2003 by the FBI’s Criminal Investigative Division, in partnership with the Department of Justice and the National Center for Missing and Exploited Children, to combat child prostitution.

Authorities had made contact with more than 20 hotels in the New York City area on how to identify victims of sex trafficking, Special Agent in Charge James T. Hayes of Homeland Security in New York told FoxNews.com last week.

Hayes described human trafficking as an ongoing problem that law enforcement continually strives to eradicate and said many of the victims are foreign nationals, who are often from countries “where law enforcement isn’t trusted.”