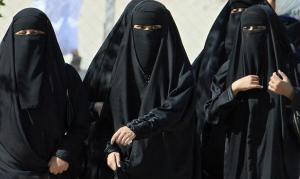 If you have never heard the term “we are living in the latter days”–a term that prophecies about a time period that will occur at the very end of our age—then it’s about time you’ve become well acquainted with the words. Because we are living in the latter days and we are the generation that will witness prophetic fulfillment of Biblical prophecy.

The Bible doesn’t lack when it comes to prophecy. In fact there are hundreds of prophecies all throughout the Bible which predict future events and all written thousands of years before they happened. One prophecy in particular states that the Antichrist—an evil dictator believed to be Satan incarnate—rises to rule the world and gets Israel to sign a 7 year “peace” treaty:

“He [the Antichrist] will make a treaty with the people [Israel] for a period of one set of seven [7 years], but after half this time [3.5 years] he will put an end to sacrifices and offerings…” (Daniel 9:27)

It is this prophecy that we are on the brink of seeing fulfilled today, and while no one knows with 100% certainty who the Antichrist will be, we can look at current events and get a glimpse of what we might see ahead.

According to a recent news report the Muslim nation is now claiming one promenade leader to be their head over their Islamic Caliphate, and the man who they are claiming certainly fits the bill as a candidate.
Could the Muslims Mahdi and Christian Antichrist actually be the same person? As a Christian, I have to say that the similarities are quite compelling!

Below is a chart I complied with information—and the sources I grabbed them from—so you can determine what the truth really is about these two characters:

The Biblical Antichrist The Muslims Mahdi (Their messiah, The 12th Imam)
The antichrist will be a leader who has the ability to speak boldly.

“… And he was given a mouth speaking great things…” Rev. 13:5
The Mahdi will be a leader who has the ability to speak boldly.

The Antichrist will be accompanied by the false prophet who will lead people into serving him.

“Then the beast was captured, and with him the false prophet who worked signs in his presence, by which he deceived those who received the mark of the beast and those who worshiped his image.” Revelation 19:20
The ‘Muslim Jesus’ (not to be confused with the Christian Jesus) will return to help the Mahdi get accepted by the world.

“ The Hour will not be established until the son of Mary (i.e. Jesus) descends amongst you as a just ruler, he will break the cross, kill the pigs, and abolish the Jizya tax. Money will be in abundance so that nobody will accept it (as charitable gifts).” (Sahih al-Bukhari, Volume 3, Book 43: Kitab-ul-`Ilm (Book of Knowledge), Hâdith Number 656)

The Antichrist will have a powerful army that will do damage to the earth. Ultimately causing all to follow him.

“So they worshiped the dragon who gave authority to the beast; and they worshiped the beast, saying, “Who is like the beast? Who is able to make war with him?” It was granted to him to make war with the saints and to overcome them. And authority was given him over every tribe, tongue, and nation. All who dwell on the earth will worship him, whose names have not been written in the Book of Life…” Rev. 3:4-8
The Mahdi will also have a powerful army that will do damage on the earth. Ultimately causing all to follow him.

“Mahdi will receive a pledge of allegiance as a caliph for Muslims. He will lead Muslims in many battles of jihad. “ Abdulrahman Kelani, The Last Apocalypse, An Islamic Perspective, (Fustat, 2003), pp. 34-35

The Antichrist will be a world leader and rule for seven years.

“Authority was given him over every tribe, tongue, and nation.…” Rev. 3:7
The Mahdi will be a world leader and rule for seven years.

“The Mahdi… will fill the earth with equity and justice as it was filled with oppression and tyranny, and he will rule for seven years.” Sunan Abu Dawud, Book 36, Number 4272, Narrated by Abu Sa’id al-Khudri

The Antichrist will change times and laws.

“He..shall intend to change times and laws.” Daniel 7:25
The Mahdi will more than likely adopt the Islamic calendar thus changing the times. In addition he will promote Shariah law changing the laws.

“He…will govern the people by the Sunnah of their prophet and establish Islam on the earth.” (unan Abu Dawud, Book 36, Number 4273, Narrated Umm Salamah, Ummul Mu’minin)

There is a white horse rider in the Bible that is bad news for the world.

“…Behold a pale horse. He that sat on him…went forth conquering and to conquer.” Revelations 6:2
The Mahdi comes riding on a white horse.

“It is clear that this man is the Mahdi who will ride the white horse and judge by the Qur’an (with justice) and with whom will be men with marks of prostration (zabiba) on their foreheads.” ‘Izzat and ‘Arif

The Antichrist and false prophet will promote a one world religion.

“ He…causes as many as would not worship the image of the beast to be killed..” Revelations 13:15
The Mahdi will make Islam the only acceptable religion.

“He…will govern the people by the Sunnah of their prophet and establish Islam on the earth.” (unan Abu Dawud, Book 36, Number 4273, Narrated Umm Salamah, Ummul Mu’minin)

The Antichrist will execute infidels through beheading.

“I saw the souls of those who had been beheaded because of their testimony for Jesus and because of the word of God. They had not worshiped the beast or his image and had not received his mark on their foreheads or their hands. ” Revelations 4:20
The Mahdi will execute infidels, anyone who does not believe in Islam, through beheading.

“I will instill terror into the hearts of the unbelievers: smite ye above their necks and smite all their finger-tips off.” Surah 8.12

“Therefore, when ye meet the Unbelievers (in fight), strike off their heads…” Surah 47:4

The Antichrist will kill Jews and Christians. He will kill anyone opposing him.

“He was given power to make war against the saints and to conquer them…” Revelations 13:7

“The dragon [Antichrist] stood in front of the woman [Israel] who was about to give birth, so that he might devour her child the moment it was born.” Revelations 12:4
The Mahdi will kill anyone who opposes Islam. He will kill the Jews and the Christians.

“Muslims take neither Jews nor the Christians for your friends. They are friends with one another. Whoever of you seeks their friendship shall become one of their numbers. Allah does not guide wrongdoing.” Surah 5.51

“Slay the idolaters wherever you find them. Arrest them, besiege them, and lie in ambush for them.” Surah 9.73

The Antichrist will attack and conquer Jerusalem.

“For I will gather all the nations to battle against Jerusalem; The city shall be taken…” Zachariah 14:2
The Mahdi will conquer Jerusalem.

“Jerusalem will be the location of the rightly guided caliphate and the center of Islamic rule, which will be headed by Imam al-Mahdi.” (Sahih Muslim, Book 041, Number 6985)

The Antichrist performs many signs, wonders, and miracles.

“Even him, whose coming is after the working of Satan with all power and signs and lying wonders,” 2 Thess. 2:9

“And he does great wonders, so that he makes fire come down from heaven on the earth in the sight of men, And deceives them that dwell on the earth by the means of those miracles which he had power to do in the sight of the beast…” Rev. 12:13-14
The Mahdi performs many signs, wonders, and miracles.

“In the last days of my Ummah [universal Islamic community], the Mahdi will appear. Allah will give him power over the wind and the rain and the earth will bring forth its foliage. He will give away wealth profusely, flocks will be in abundance, and the Ummah will be large and honored…” (Sahih Hakim Mustadrak, related by Abu Sa’id al-Khudri (4:557 and 558), as quoted by Kabbani p. 233)

The Antichrist will make people receive a mark on the hand or forehead to pledge allegiance to him.

“And he causeth all, both small and great, rich and poor, free and bond, to receive a mark in their right hand, or in their foreheads:” “And that no man might buy or sell, save he that had the mark, or the name of the beast, or the number of his name.” Rev. 13:16-17
Followers of the Mahdi usually mark themselves with headbands on the foreheads.