(New York daily news)
Religious freedom is an endangered concept in many parts of the world — a lesson that a pregnant Sudanese woman is tragically learning all too well.

Mariam Yahia Ibrahim Ishag, 26, was sentenced to death Thursday after she refused to renounce her Christian faith. Ishag, who is eight months pregnant, was reportedly given three
days to change her mind, but she refused and now faces death by hanging, according to the New York Daily News. 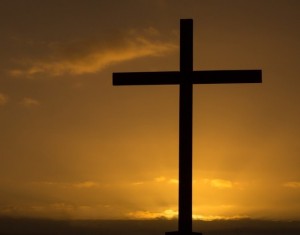 “I am a Christian and I never committed apostasy,” Ishag reportedly told a judge.

Local media reports say the sentence won’t be carried out until two years after the baby’s birth. Ishag and her 20-month-old son are currently detained in a Sudanese prison.

Authorities apparently became aware of the woman’s faith after her father’s side of the family began complaining about her marriage to a Christian man.

Ishag was first arrested and charged with adultery in August 2013 and was later charged with apostasy in February 2014 after she said she was a Christian and not a Muslim, according to the BBC.

She became a Christian after her father, a Muslim, abandoned her family. Her Ethiopian mother, a Christian, then raised her and she adopted her mother’s faith. Ibrahim later married a Christian man named Daniel Wani, a U.S. citizen.

Shariah law in Sudan requires that children follow their father’s faith. Originally, Ibrahim was sentenced to 100 lashes for adultery, since her marriage to a Christian is not permitted under the law, according to the Daily News.

“The fact that a woman has been sentenced to death for her religious choice, and to flogging for being married to a man of an allegedly different religion is appalling and abhorrent,” Amnesty International Sudan research Manar Idriss said in a statement. “Adultery and apostasy are acts which should not be considered crimes at all. It is flagrant breach of international human rights law.”