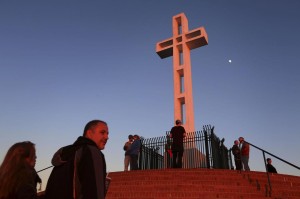 LOS ANGELES (Reuters) – A massive cross that serves as part of a war memorial on a San Diego hilltop must be dismantled because it has been found to violate a constitutional ban on government endorsement of religion, a federal judge grudgingly ruled on Thursday.

The decision by U.S. District Judge Larry Burns marks the latest development in a long-running legal battle over the 43-foot-tall cross, a local landmark that has stood on top of Mount Soledad since 1954 and is visible for miles.

Burns stayed his order to give the Obama administration and the association that erected the cross, which have fought its removal all the way to the U.S. Supreme Court, a chance to file another appeal. Otherwise, he said, the monument must be taken down within 90 days.

“This is a victory for religious liberty,” said Daniel Mach, director of the American Civil Liberties Union’s program on freedom of religion and belief who argued the matter for the plaintiffs in a hearing before Burns on Thursday.

“We firmly support the government’s efforts to honor the service of those who fought and died for this country, but there are many ways to do that without playing favorites with religion,” Mach said. 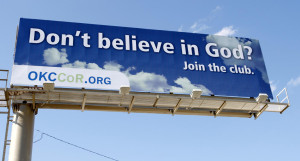 The case hinged on whether it is legal for a religious symbol to be prominently displayed on public land and whether the cross violated the U.S. Constitution’s requirement on separation of church and state.

The Mount Soledad cross has been the subject of litigation since 1989, when two veterans sued San Diego to get it off city land. In 2006, Congress intervened in the dispute, resulting in the federal government taking ownership of the property.

A group of plaintiffs, including the Jewish War Veterans of the United States of America, then sued. The U.S. Ninth Circuit Court of Appeals court ruled that the dominance of the cross conveyed a message of government endorsement of religion.

The Obama administration and the Mount Soledad Memorial Association, which erected the cross, appealed to the U.S. Supreme Court, supported by 20 U.S. states and various veterans groups in arguing the cross should be allowed as part of the memorial.

The cross, located between the Pacific Ocean and a major interstate highway, is surrounded by walls displaying granite plaques that commemorate veterans or veterans groups. Easter services were held annually at the cross from 1954 until at least 2000, according to court documents.

The Mount Soledad Memorial Association, which erected the cross in place of another cross that had stood on that spot since 1913, could not immediately be reached for comment on Thursday’s ruling.