SAINTS BEWARE OF THE “SNARES OF THE DEVIL”…BE LEAD BY THE SPIRIT WHEN GOING ON FACEBOOK, ALSO GIVE FACEBOOK A REST AND PUT YOUR FACE IN A BOOK. (HERES THE ARTICLE) 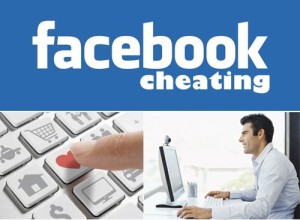 Couples looking to sustain a healthful romantic relationship should avoid Facebook, because spending excessive time on Facebook may cause negative interpersonal relationship outcomes, according to a report in Cyberpsychology, Behavior, and Social Networking.

“The results indicate that a high level of Facebook usage is associated with negative relationship outcomes, and that these relationships are indeed mediated by Facebook-related conflict,” the report says, according to GMA News.

Psychologist and relationship expert Dr. Ramani Durvasula told CBS Los Angeles that some people use Facebook to “act out” by engaging in inappropriate relationships and end up cheating with an ex, old friend, or someone they just met casually.
“Now you can find them in a late night search — bang bang, put their name in and there they are,” Durvasula told CBS. “And then so it starts a little bit of liking, a little bit of flirting, and something that seems so harmless to start with escalates like wildfire.”